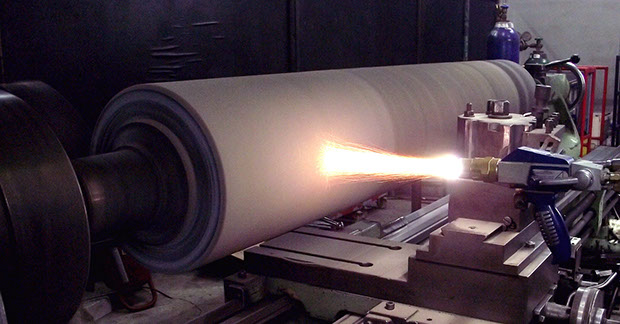 The core principle of the system is diverting the thermal powder by the flame, composed of acetylene and oxygen gas mixture, and spraying fused or half fused thermal powder to the surface.

In the coating period distortion and dimensional deformation is avoided by controlling the temperature of work piece. Above 5 mm coating thickness can be obtained with this system.

The surface coatings that obtained with flame wire spray  can be machined (but only grinded and turned) before use. But in some cases using the coating without machining is preferable. Also certain types of thermal powders require melting with annealing after the spraying operation.

Forming a bonding surface  and  dimension adjustment are the most common areas of use for flame spray. The fuse based coatings thermal powder spray operations applied with flame spray system